I am hoping that if I write it all down, it will leave my brain, and leave my memory.  I’ll only share the good times.  I don’t want to erase them, I just want them to stop revisiting me daily.

It started like a sweet romantic movie… our first date began with breakfast at a little country restaurant on Van Dyke.  The conversation was light, easy, and fun.  The plan was to spend the whole day together if breakfast went well.  Our next stop was the shooting range.  We both enjoy shooting, and I thought it was a unique “date” idea, so away we went.  He taught me more about guns than I could have ever learned from a class, a book, or even YouTube. 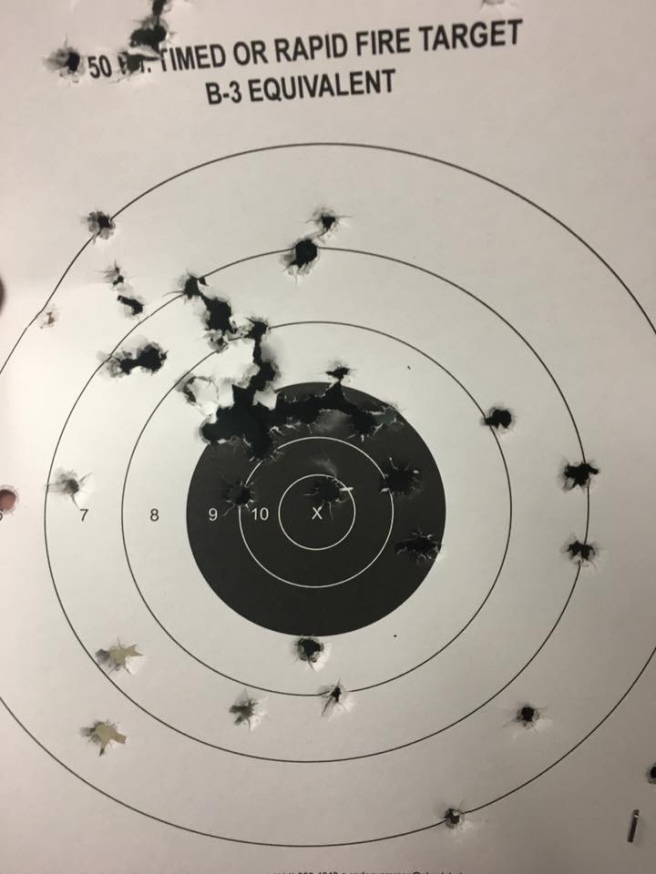 Around noon, we made it the sledding hill.  I brought my plastic green saucer, he brought a large concrete mixing tub.  I volunteered to go first.  He pushed, and spun, my green saucer so fast I couldn’t see where I was going.  All I could see was my hair flying around in front of my face, and the world flying by.  And trees, off to the right, lots of trees.  I panicked and threw my feet out from under myself, my heels attempting to make contact with the snow.  I flew off the sled, onto my belly.  The world was still spinning but I managed to get up, all non-graceful like, and attempt to walk up the hill. The couple in the sledding lane next to us must have panicked too, because they were silent, and staring, and no one was sledding when I stood up.  I smiled, they smiled, I laughed, they laughed.  I looked at my date, and he looked proud, and… maybe a bit surprised.  He was either shocked at how fast I flew down the hill on my green saucer, or at the fact that I was still alive.  Either way, we decided to try to fit in the concrete mixing tub.  We did, sort of, wedged in, and cozy.  The couple next to us had a go-pro video camera that they offered us.  I wore the helmet with the camera, and he held me as we flew down the hill straight toward the huge bump at the bottom.  We flew over the bump, soaring high into the air, and then diving back down into the snow with a huge THUMP!  We laughed, hard, for about 15 minutes after that stunt.  That was probably THE BEST sledding experience I’ve ever had.  I still have the video of the spinning saucer and the flying concrete mixer tub.

Next item on the agenda: lunch.  We drove to Red Robin.  Yum!  The day was still going great. The conversation was still light, easy, and fun.  I didn’t want the day to end.

Ice skating was next.  We found a man-made rink in downtown Utica.  He laced up my ice skates.  The moon was bright.  We raced, I fell. We raced again, he fell, on purpose – he wanted to win so badly he threw himself, rolling, into the hay bails that surrounded the rink.  I wish I had that on video too.  It was hilarious.  I remember hoping he was going to kiss me in the moonlight.  Our first kiss would be so romantic out there, skating, in the bright moonlight.  He did not kiss me.  Not yet.

“Let’s go to this delicious dessert place in Rochester,” he said when we decided we were done skating.  “Ok!”  They had every flavor of cheesecake I have never thought of – even fruity pebbles.  I ordered a blueberry coffee and a slice of plain cheesecake.  We sat, ate, drank, watched people, listened to a guy playing his guitar, and smiled.

When we were trying to decide on the best sledding hill to go to after the shooting range, it was a tie between the one off of Avon Road, and the one behind the church.  Avon Road first and then behind the church at midnight.  Deal.

It was midnight.  We were behind the church. He sat on my green plastic saucer sled.  We left his in the truck.  I sat on his lap.  It reminded of when my best friend and I  played “spider monkey” on the swings back in sixth grade.  We flew down the hill, laughing all the way.  And then, he kissed me, at the bottom of that hill, in the moonlight.

The next morning we went ice fishing.  He threw all the gear (the fold up tent shanty, the driller thing, fishing poles, and little canvas chairs) into the concrete mixing tub.  We drove to a lake near where he grew up.  We didn’t catch any fish, but I loved it anyway.  It took me back to when I was five years old and my uncle took me ice fishing.  I LOVE watching the fish swim under the ice.  I know they are cold blooded, but it just blows my mind seeing them swim in that ice cold water! They look so calm and peaceful just swimming back and forth, under the ice.

Three weeks later, we went skiing.  I fell, hit my head, felt a little dizzy, but kept on skiing.  We had a late dinner at a little hometown restaurant that served morel mushroom soup. I wish I could describe the flavor of this soup. It was bursting with the best flavors that ever hit my tastebuds.  I have never tasted anything like it!

One week later, I decided I had to tell him the secret I was keeping from him.  My divorce wasn’t final.  He was pretty angry.  He stopped talking to me.  He told me to call him when it was final.

Four months later, I called him.

All the good times happened from day one to day 1,095.

Here are the highlights that haunt me:

Making meals together – scallops, nachos, every kind of lasagna I’d ever wanted to try, crab legs, lobster, shrimp, and lots of chili.

Playing football with all of our kids.

Roasting marshmallows and popping popcorn in the fire.

Searching for painted rocks and geocaching.

Traverse City.  Petoskey stones on a hill. Fossils everywhere. Rushing waters. Pretending we were rich, walking through downtown with our imaginary fancy canes and umbrellas, saying “tsk tsk” and “poppycock.”

Skipping rocks in the creek with all of our kids.

Hiking uphill nine miles to see all of the falls at the Columbia River Gorge in Oregon. 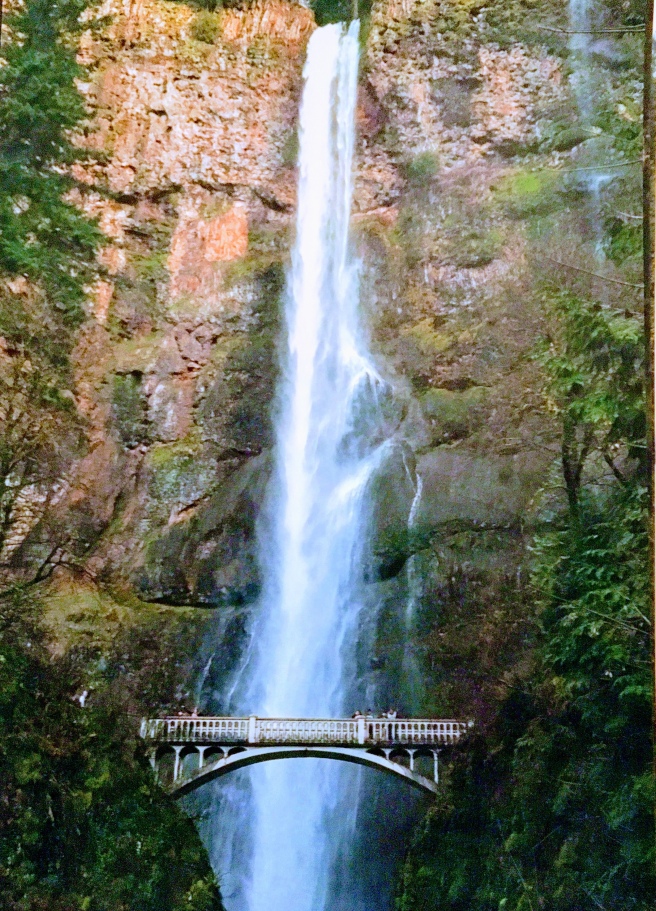 Hiking in the Redwood Forest in Northern California.  Best adventure yet.  It is still difficult to look through all of the pictures.  The moments hold so many great memories.  Why is it so hard to let go of them?  I wish I could go back to those moments and just stay there. Maybe I should revisit this favorite place of mine and re-do the trip with my kids? Maybe then the rest would fade? 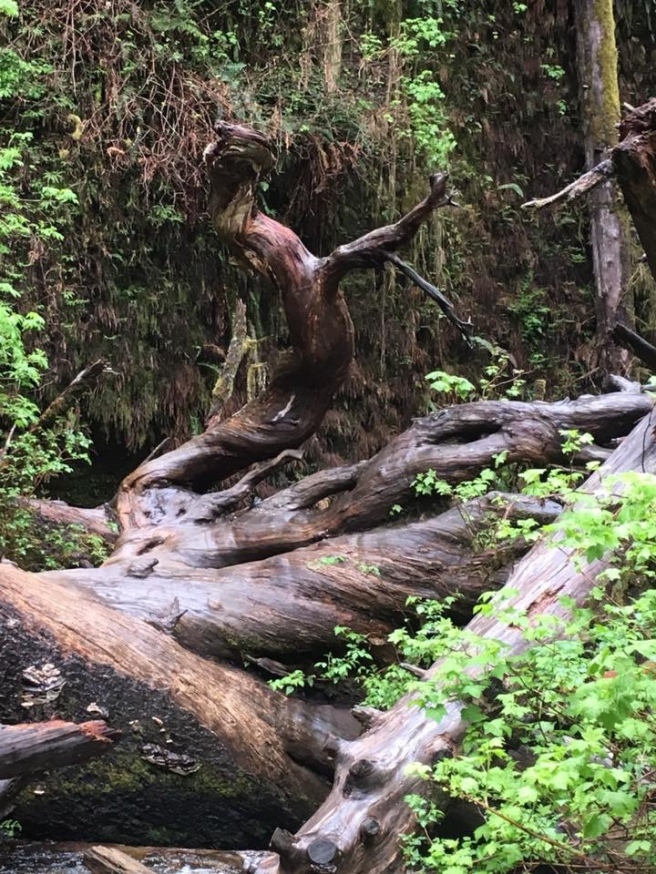 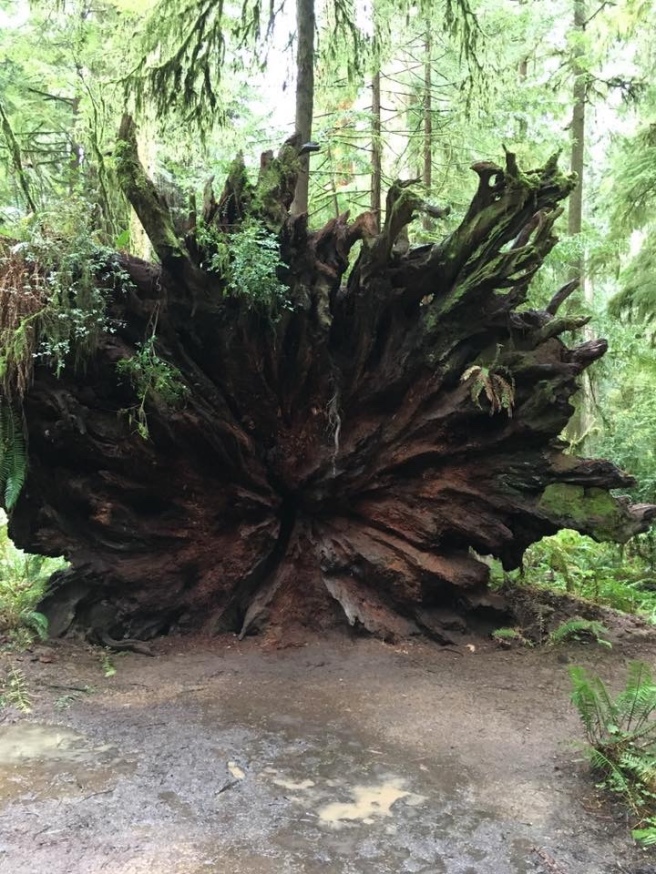 Playing on the rocks in the ocean.  Pretending to be voyagers looking for treasure in a new land.  Climbing, balancing, and just “being.” 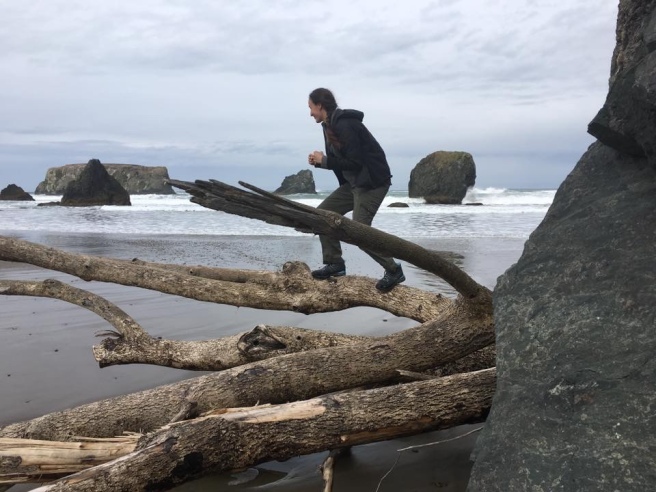 I wanted the great moments to continue, and the story to never have a last page.

It had to end though.  Our lives just weren’t meant to be lived together.

I cherish all the good times, and I’ve let go of the bad.  I wouldn’t be me if I hadn’t met him.  I have no regrets.  I don’t want the memories to leave me, I just don’t want them to revisit me daily.

Maybe my heart let go a year and a half ago, but my mind took a little longer.

I bid them farewell.  I know they will never leave me, I am just hoping they will stop visiting me daily. 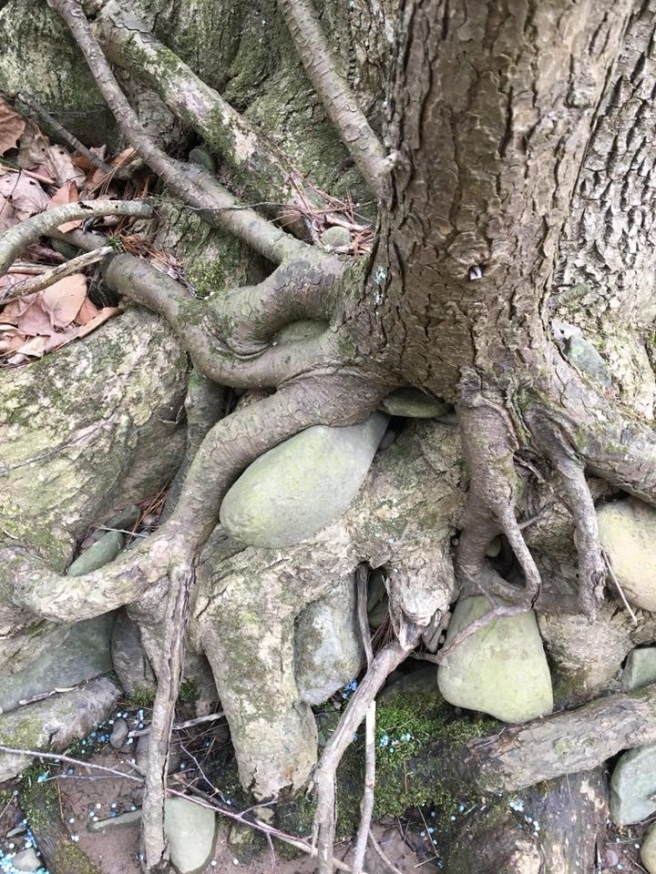 Single mom of 4. Recently obtained a Masters degree in School Counseling. Passionate about helping people realize their unique purpose in life. My story couldn’t be told without giving credit to God for healing me from a lifetime of hurt and overcoming the effects that divorce had on myself and my children. View all posts by aladell4